Two things made me really want to see Black Panther. First and foremost, its outstanding message of unity. As a human-doing, I found that message most significant. Secondly, the film’s fashion. I read this article introducing me to Black Panther’s fashion designer, the amazing Ruth Carter, and soon as I came to the term Afrofuturistic I was intrigued. Now that is something different. My exposure to African art and culture was college art history, but never before Afrofuturistic had I been so interested.

The journey from concept to product has been so enriching with this piece. It started with an eagerness to learn about African styles and futuristic fusion, and found its way toward a more human movement to inspire the power and significance of unity. 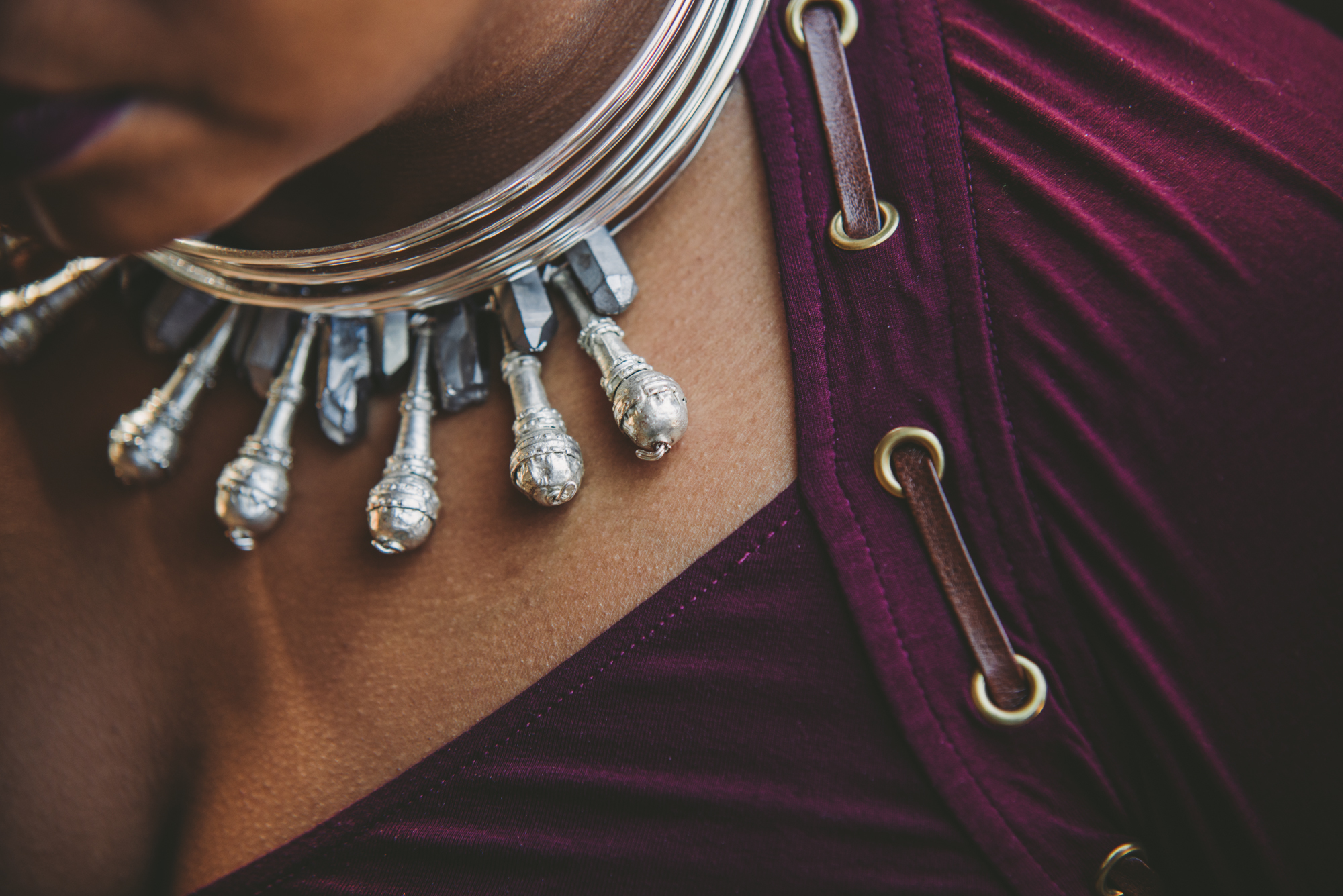 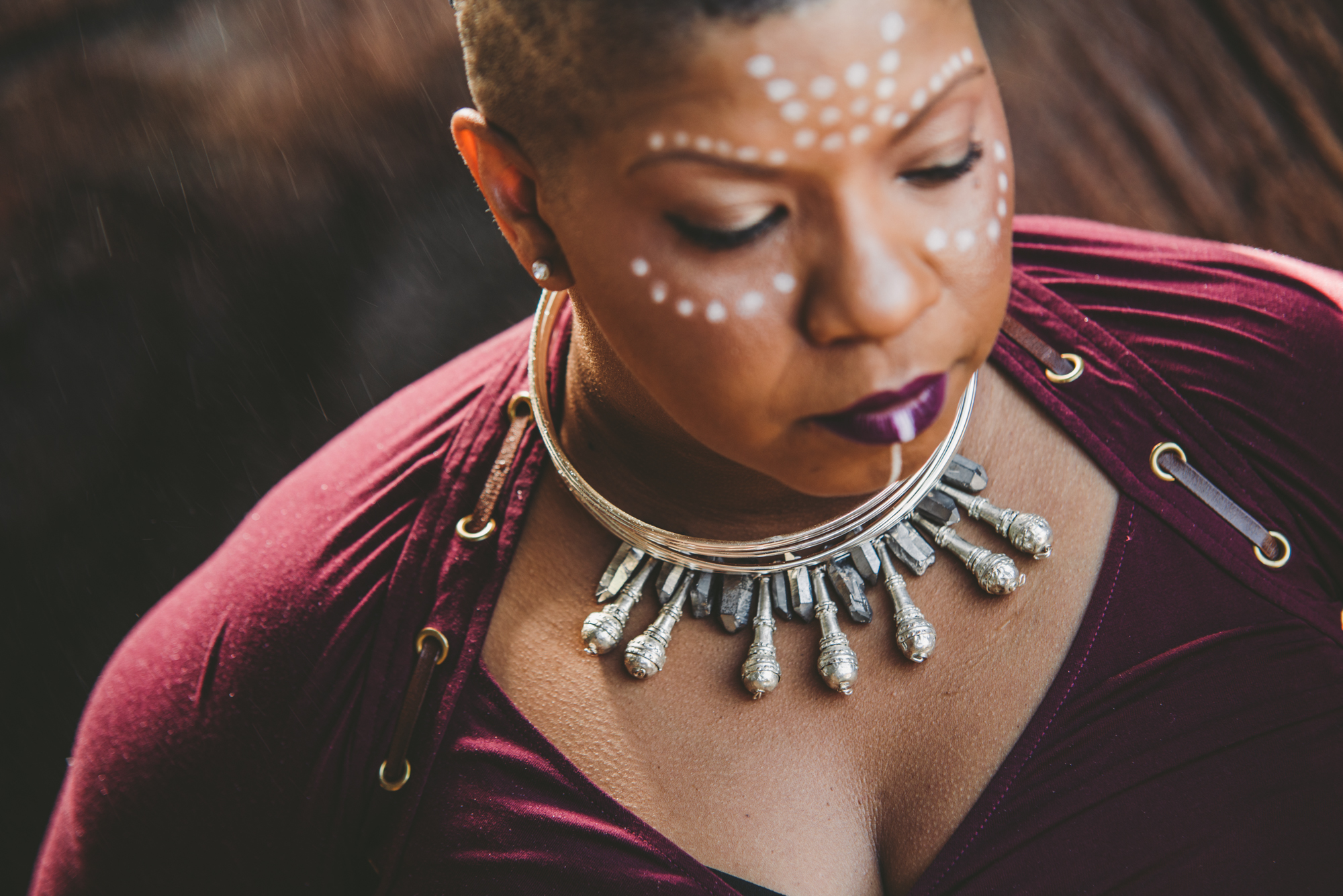 In truth, this is the first piece of jewelry I’ve made since plastic pop beads in the years of my youth. Now that’s a leap! But such is the nature of my research and tinkering when it comes to something I’m passionate to learn about and create.

My artistic inspiration almost always comes from cinema. I’m a nerd. It’s clearly the drama and the Power of Story behind such wonderful films which draw me, inspiring me in ways I don’t foresee. And then I get wrapped up in fashion and propmaking. Authenticity is my middle name. For this piece, research began probably where Ruth Carter began, reading about indigenous African tribes, learning what materials they had, what customs they designed with and how they executed. The long metal beads are hand crafted by Ethiopian artisans, and when I found them I didn’t ask how authentic they were, I indirectly lead the conversation with their seller to tell me so herself. That felt amazing, I’m so excited I found these! 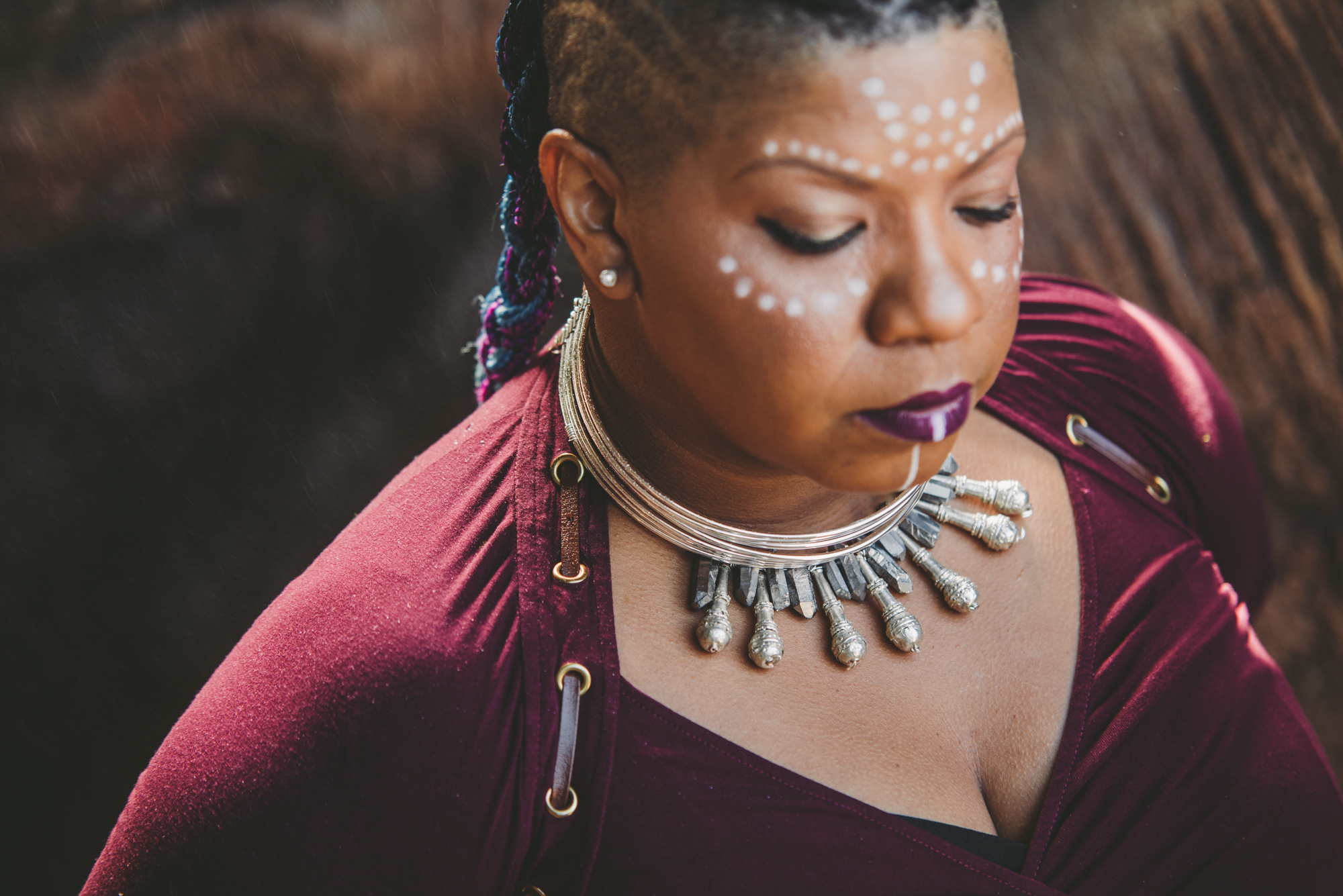 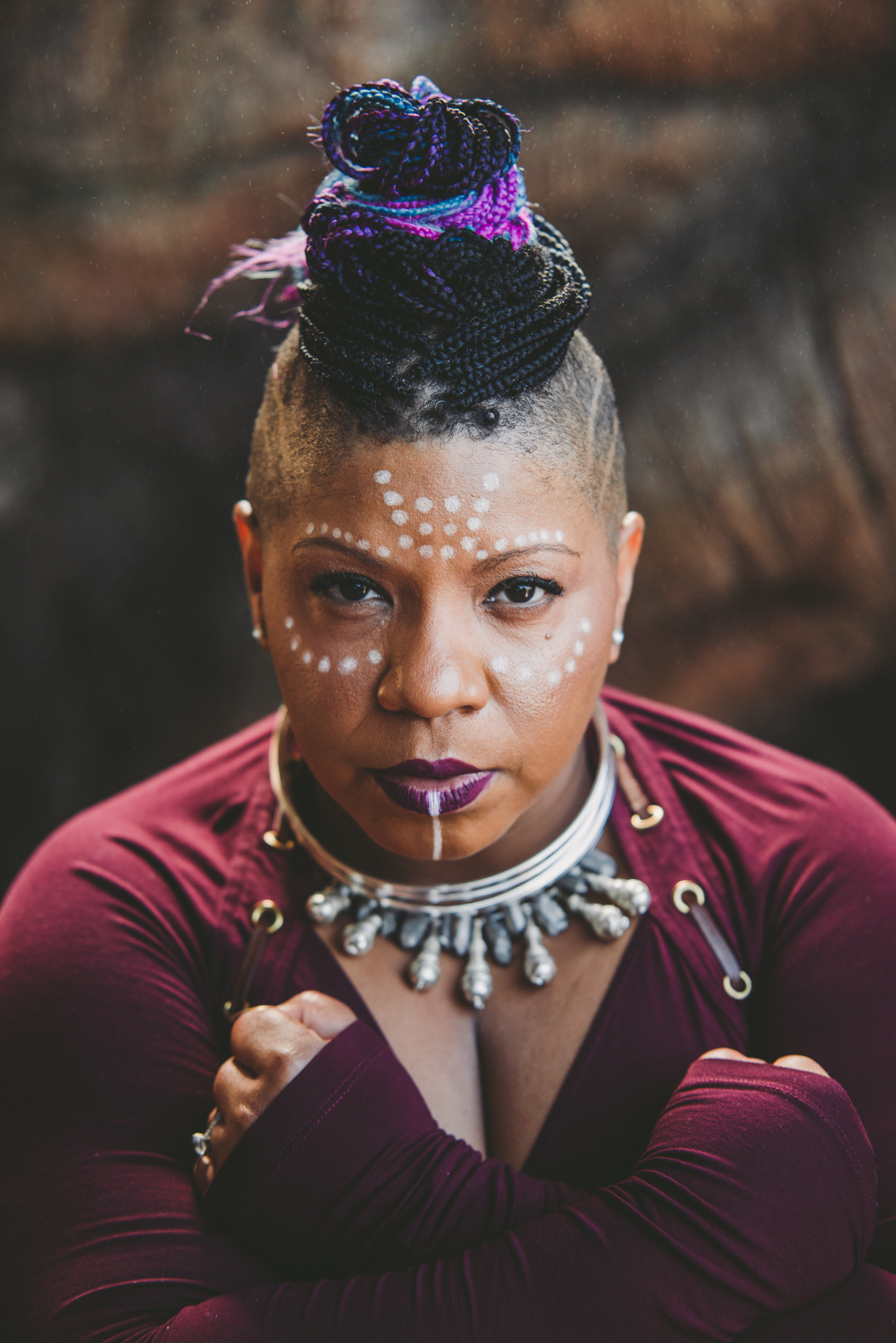 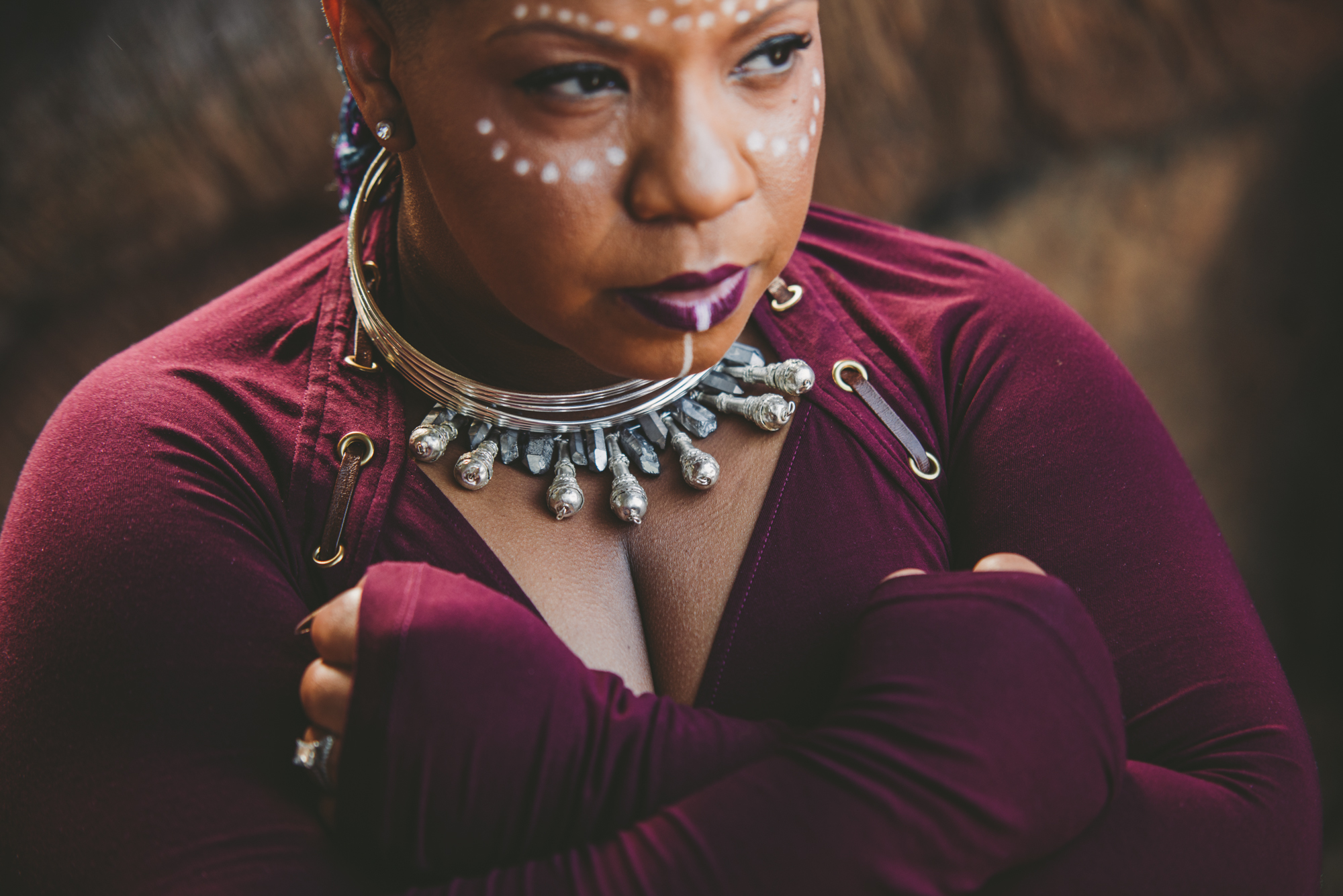 I had a few women to sift through when time came to find a model to showcase the Vibranium Necklace. I wanted to find someone who would, in body and mind, keep with the integrity and authenticity of the culture of African people, in light of Black Panther. Asia Marin was exactly that. She stood out immediately because she approached from a powerful, personal place. She’s American, but has been to Ghana and has seen African culture and landscapes first hand. She finds strength in those traditions… in retrospect it shows in her portraits! She approached me with the desire to imbibe the authenticity of this culture, desire to learn and be more in tuned with it, and she also expressed that even if not selected, she hoped the model I did select would uphold the cultural merit as done in Black Panther. I was impressed by her fervor, and duly encouraged by her yearning to immerse herself in this culture. Learning our roots and infusing with culture, whether it’s our own or otherwise, is something I encourage all people everywhere to do. Those are humans-doing. …You’re hired! (And Asia comes with her own hair/makeup crew: herself! That Shuri/Dora Milaje mashup slays in the best way.) 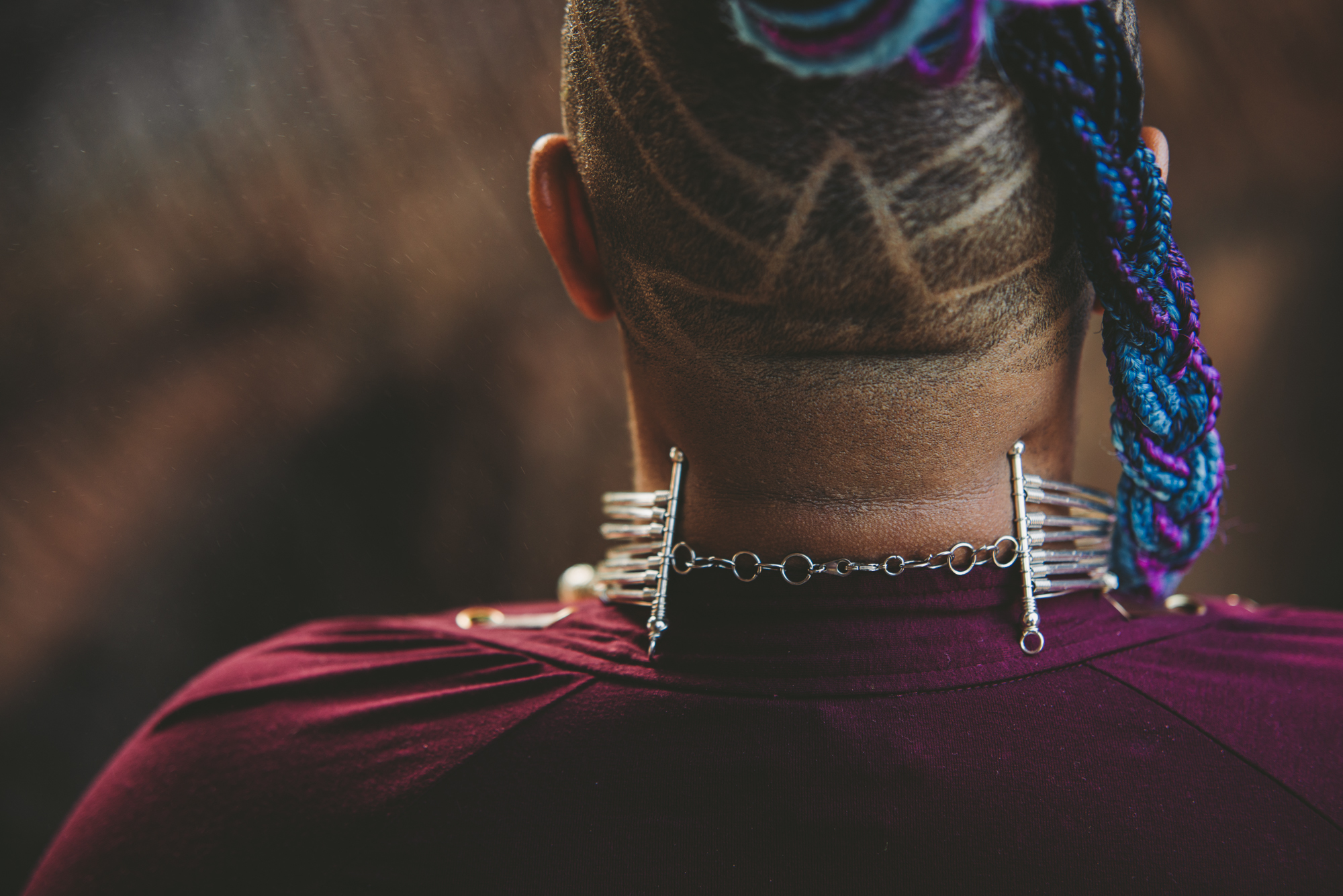 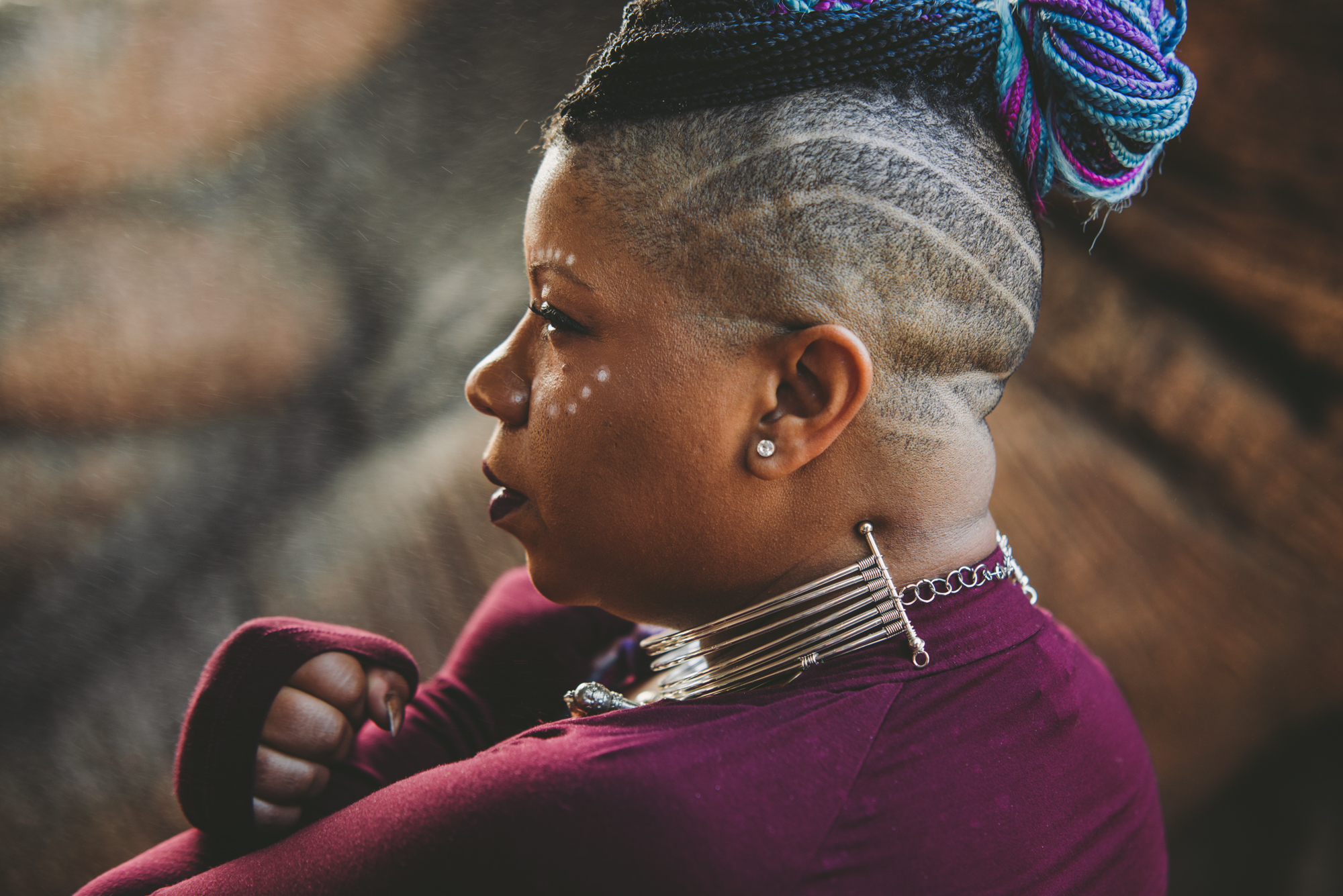 Post-production, only upon second thought did I come to wonder what perceptions may generate upon the fact that I, a white artist, create and sell something aspiring to to be a power piece for black culture. I understand cultural appropriation and have read much about it. I’m aware of indigenous peoples’ general distaste for it. I respect them. And I support them. But I also have an angle. My understanding is that humanity comes in opening yourself up to the things you don’t know about other humans. Immersing yourself somewhere else to experience something different. Humanity comes in the adventure-and-discovery, in the desire And Attempt to put yourself into the mind and experiences of another different from you. For all of that, call me a cultural appropriator, but the former is SUCH a terribly more enriching idea that frankly I don’t care what’s deemed appropriate by first world problems. I care about what’s human. We need to put ourselves in other places and try ourselves doing what others do to get this. I didn’t select this mindfully, the idea fell into my right hemisphere. I’m an artist as well as a human-doing, one who recklessly encourages humans to be with and for one another. This is the message of Black Panther. We need to do it. We need to put ourselves there to move forward. 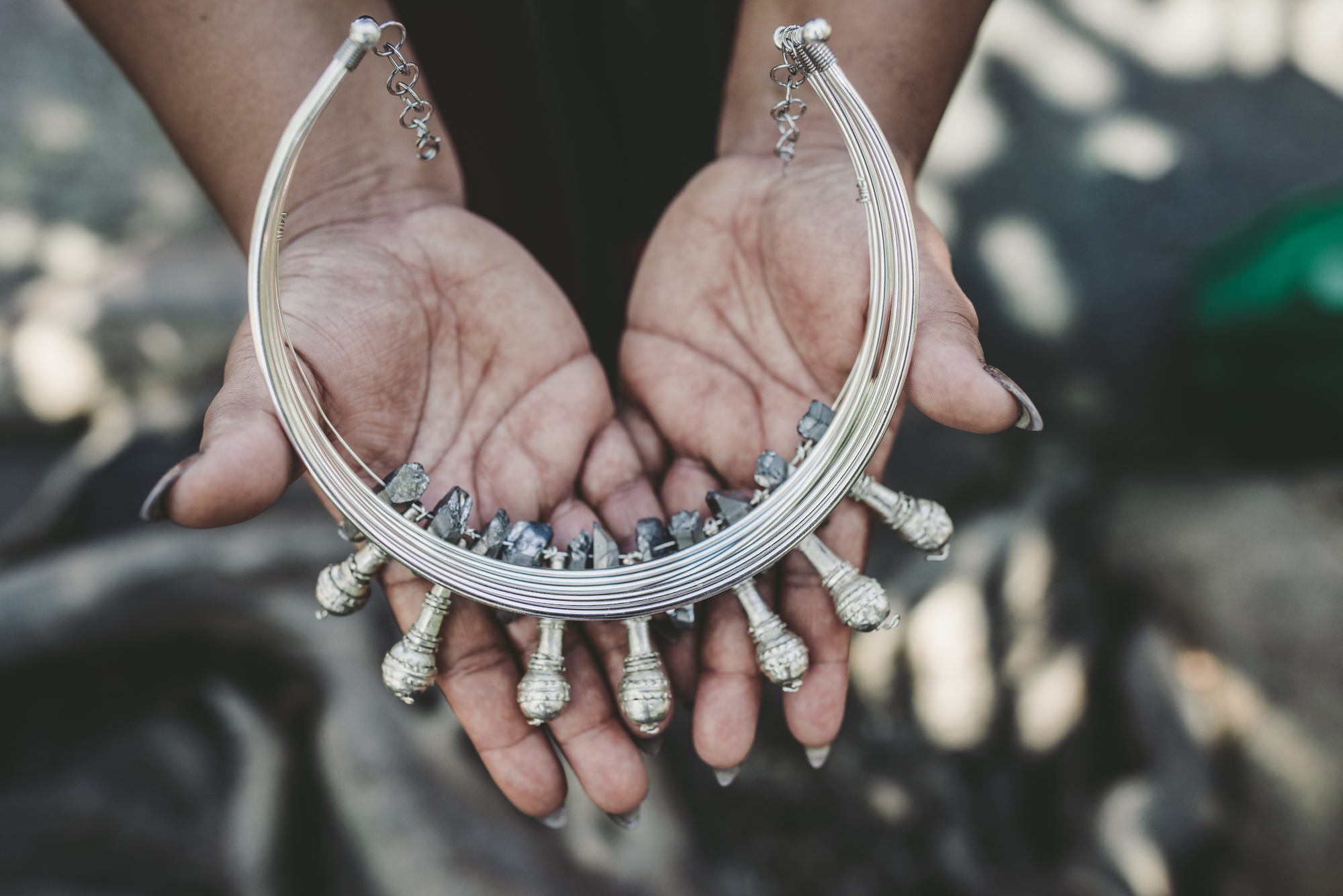 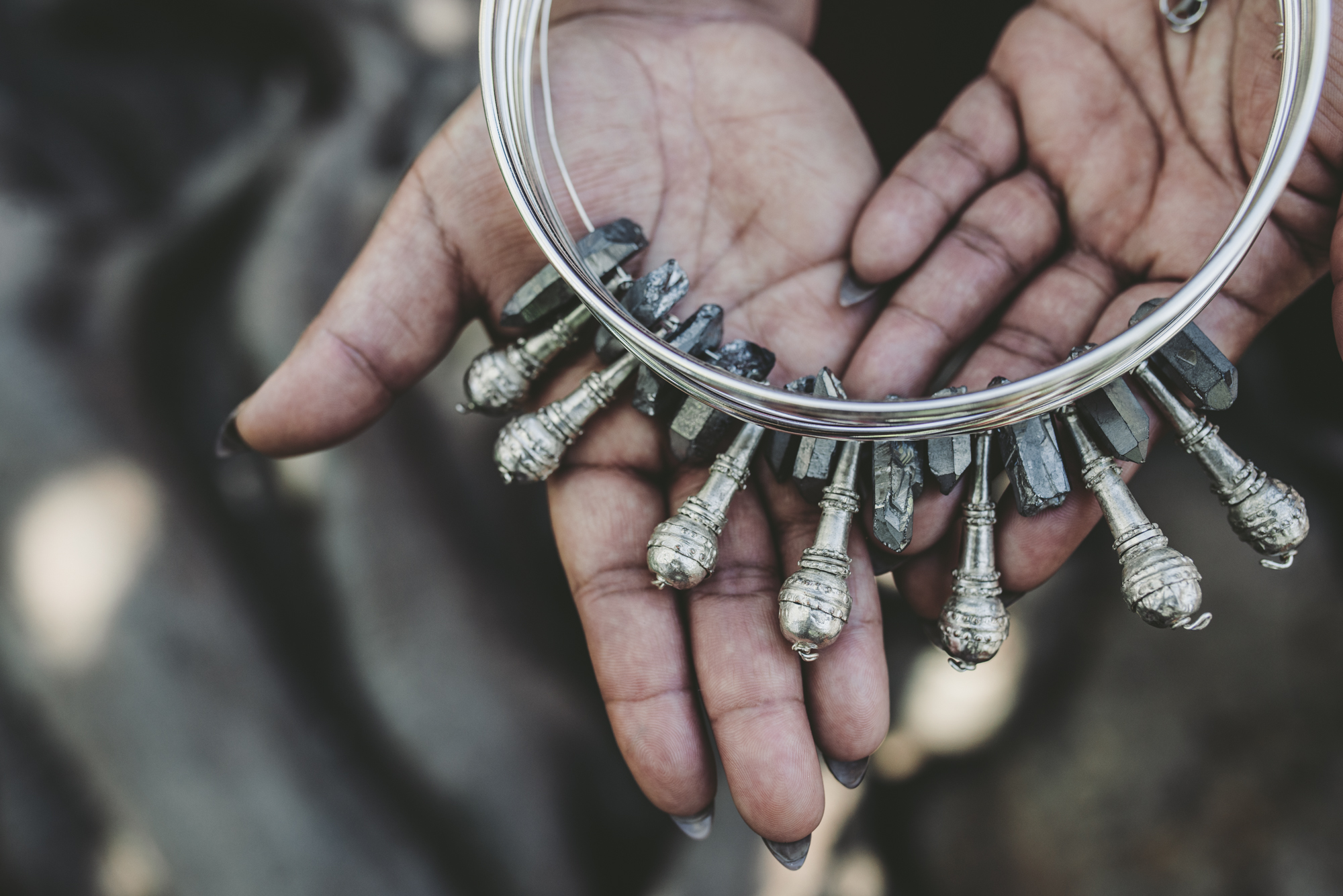 This is by far the most enriching product shoot I’ve ever done! I love how these images turned out, incorporating all the product details as well as a very noble, warrioresque portrait of Asia Marin channeling her inner power. She’s amazing! 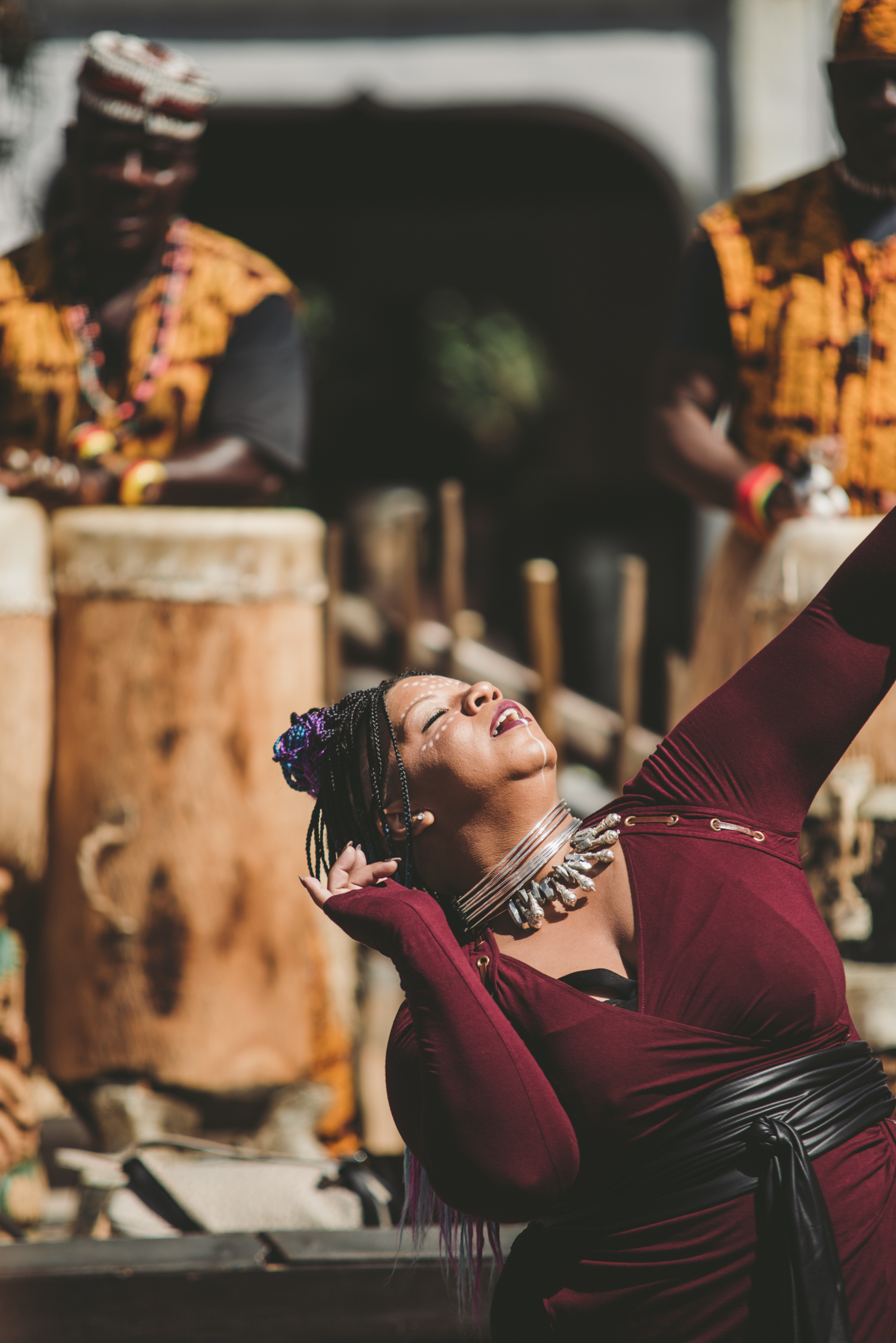 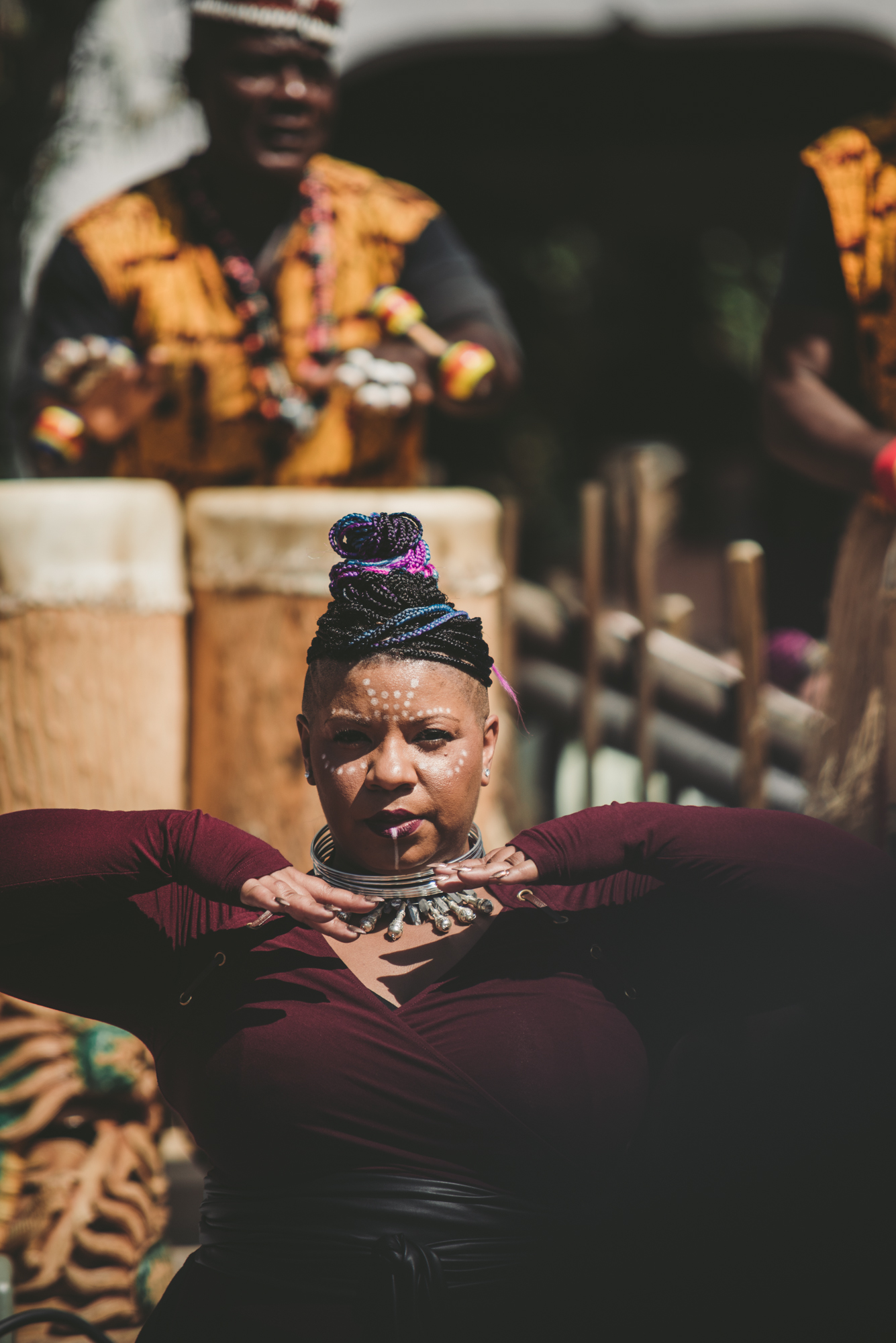 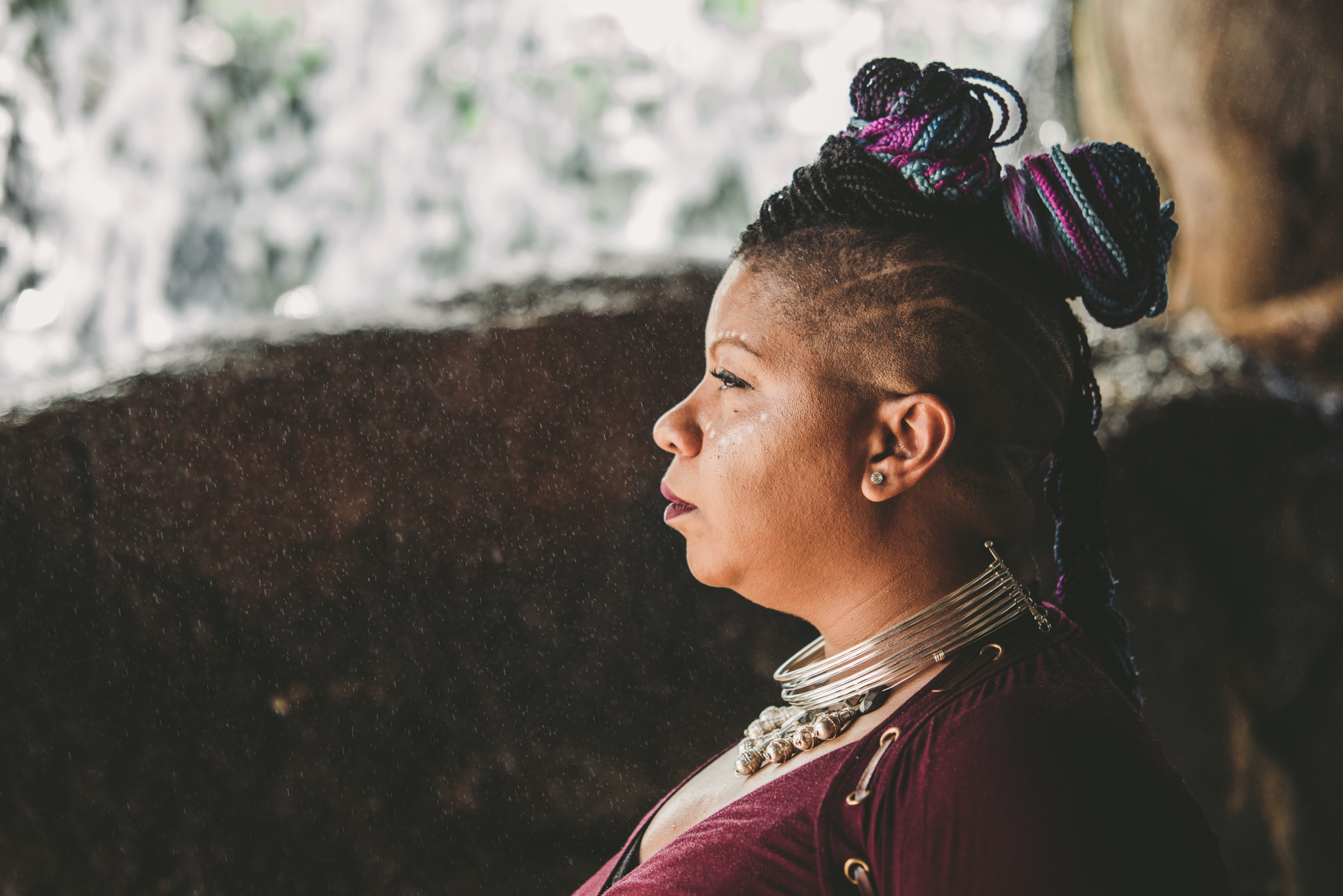 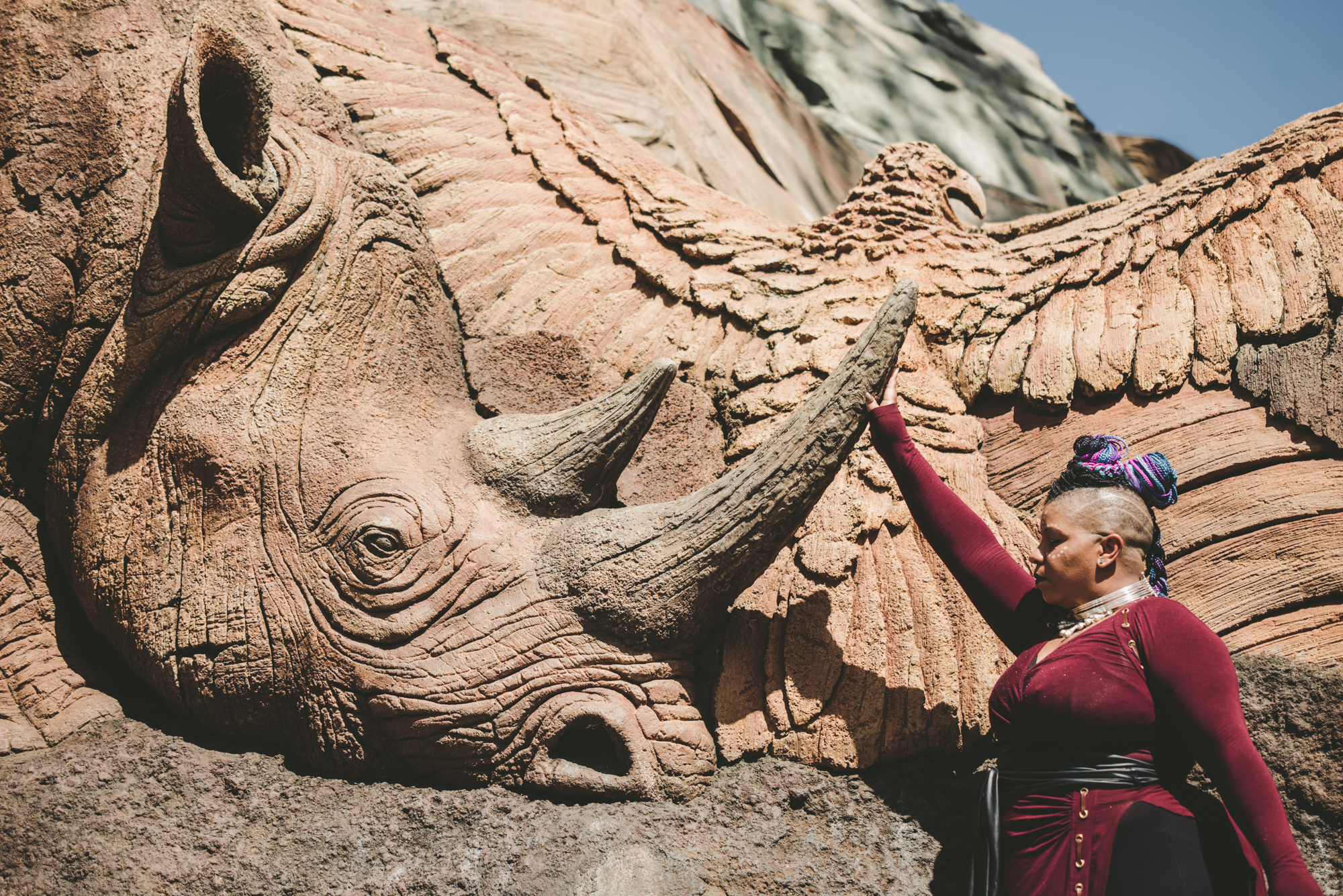 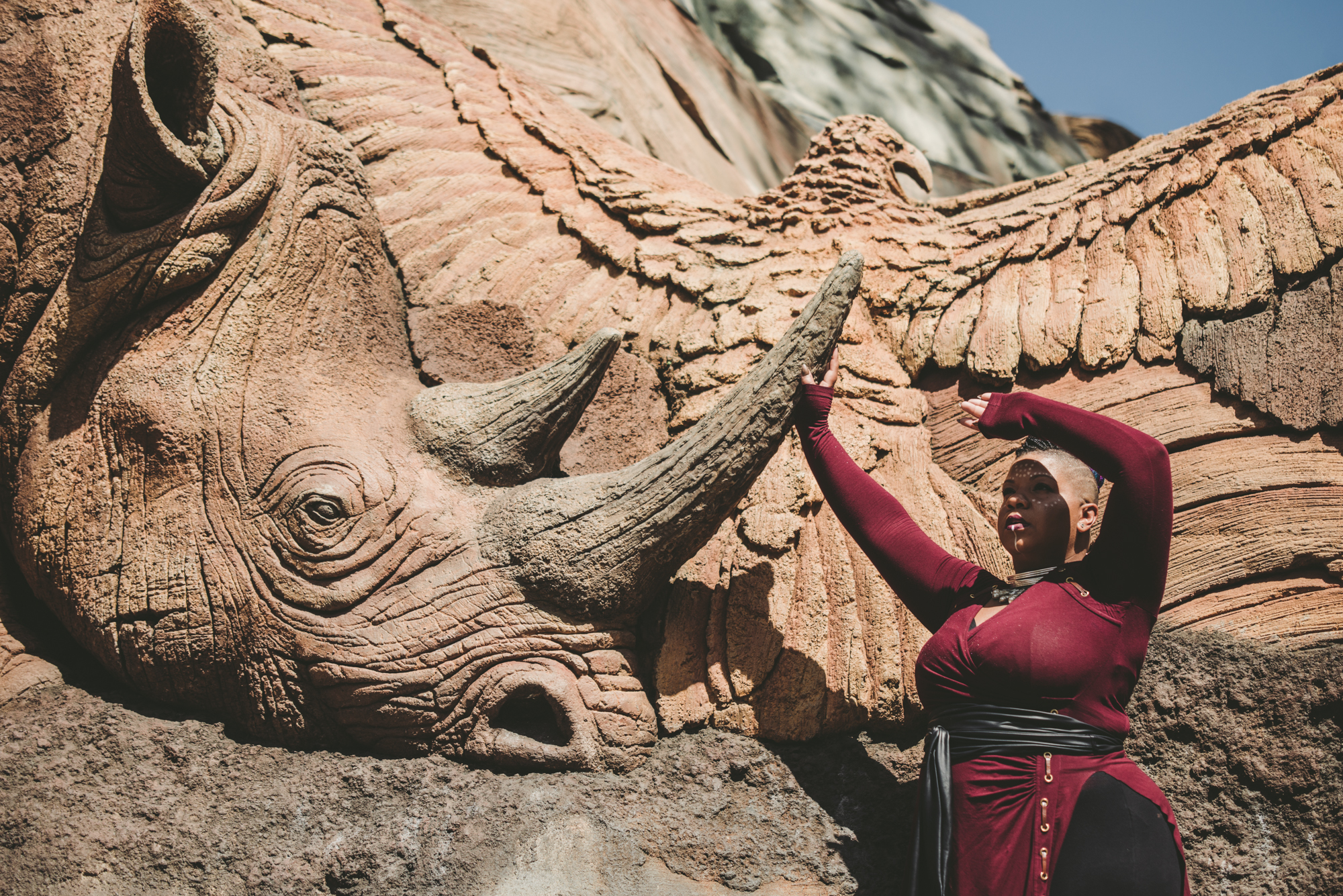 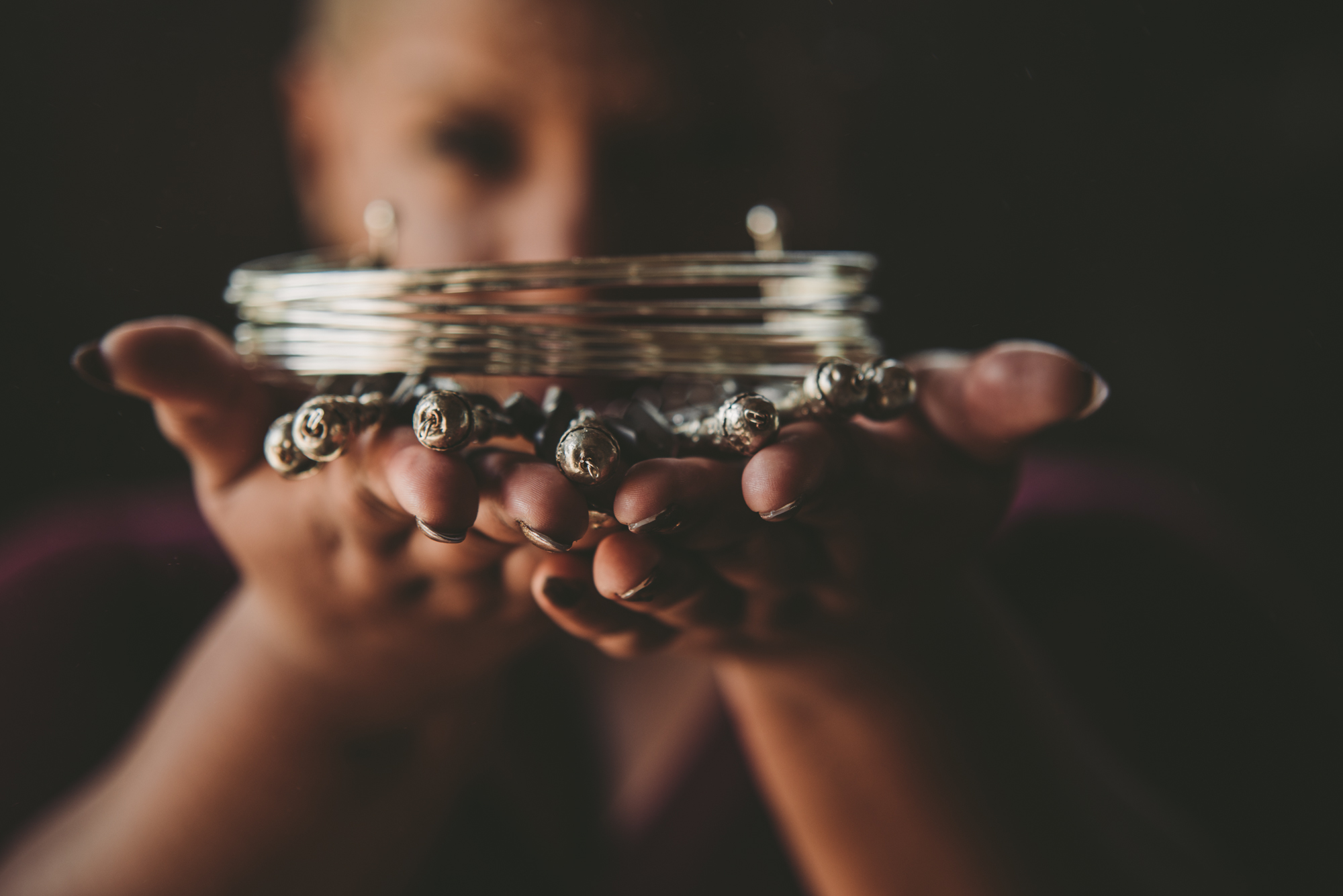 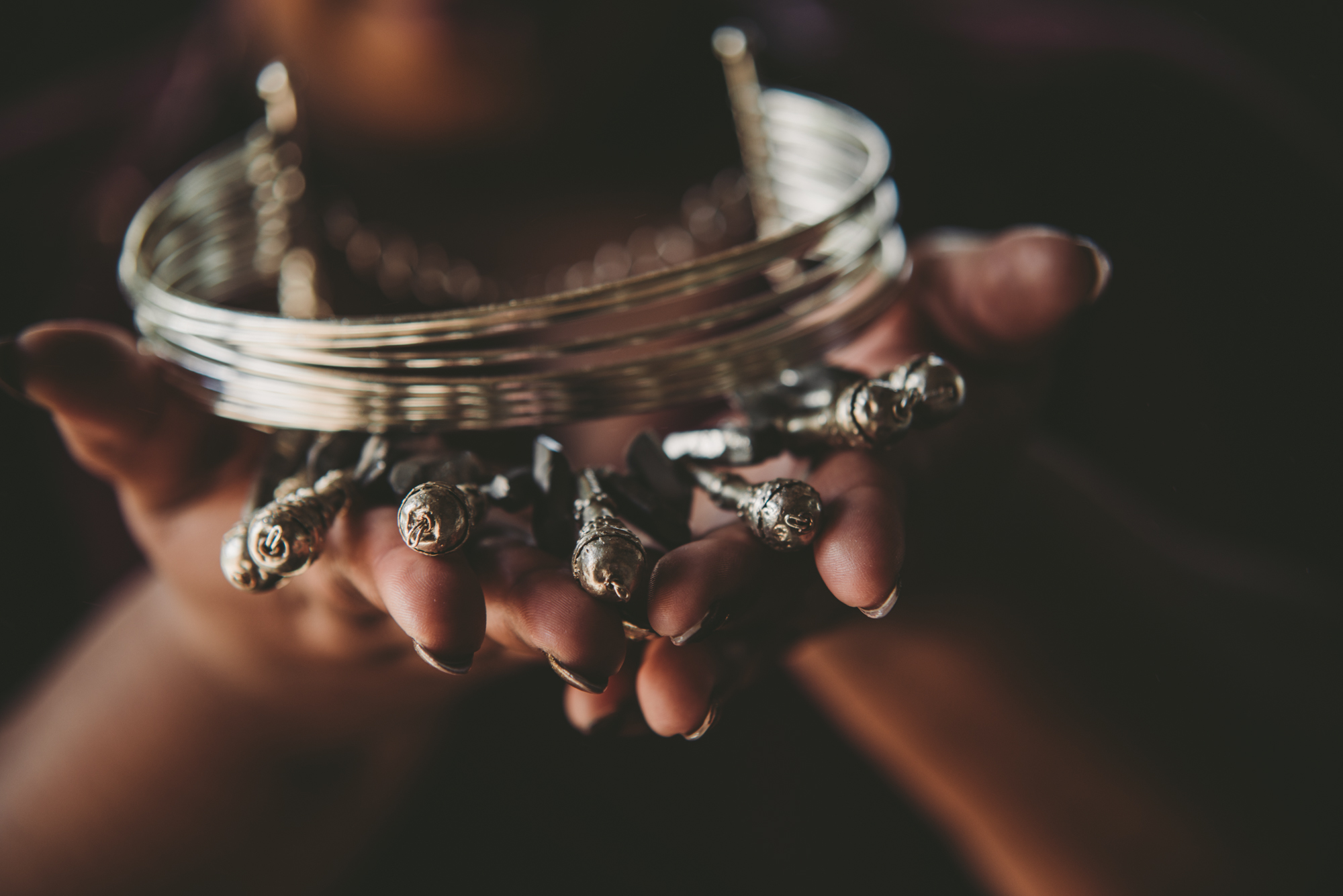 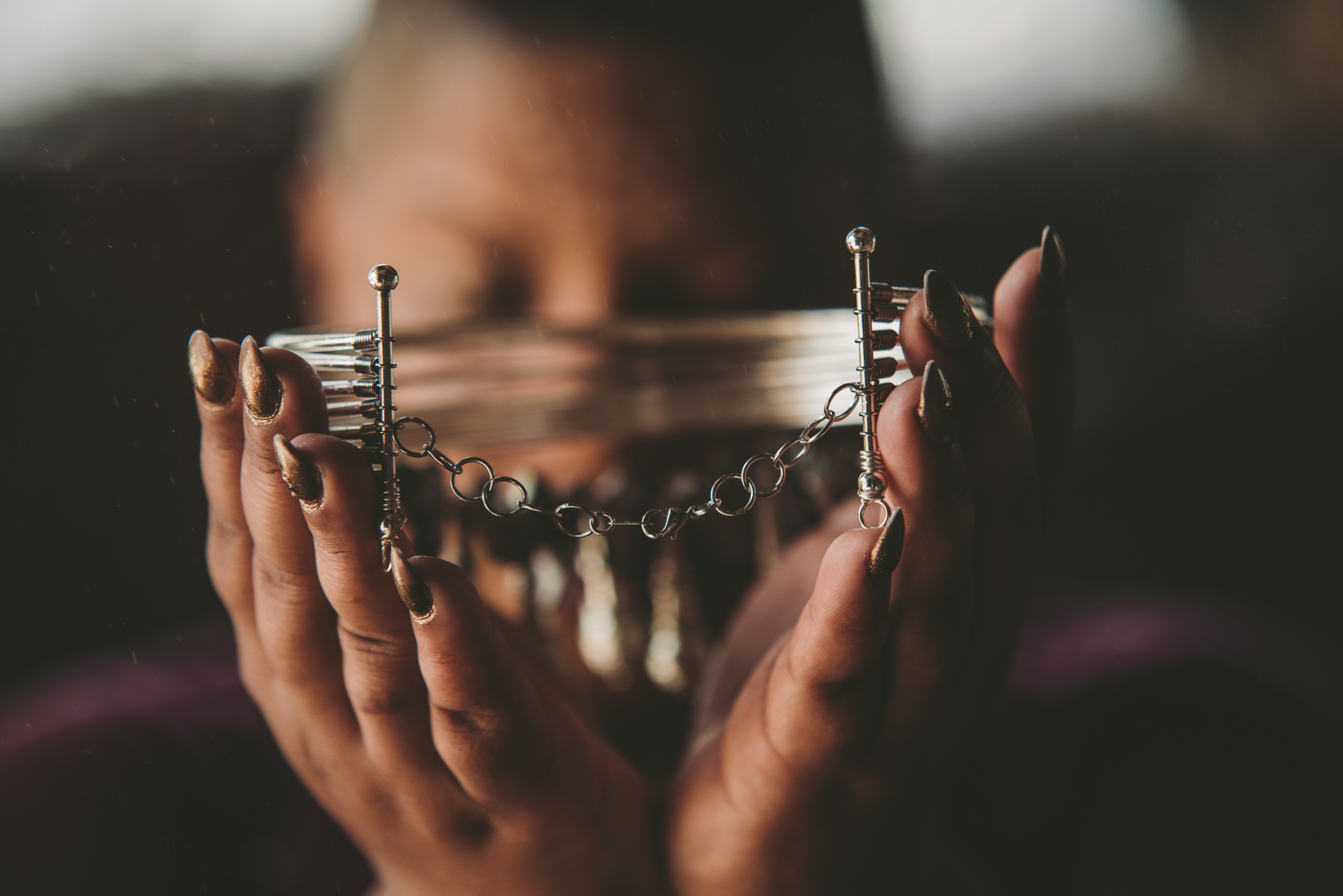 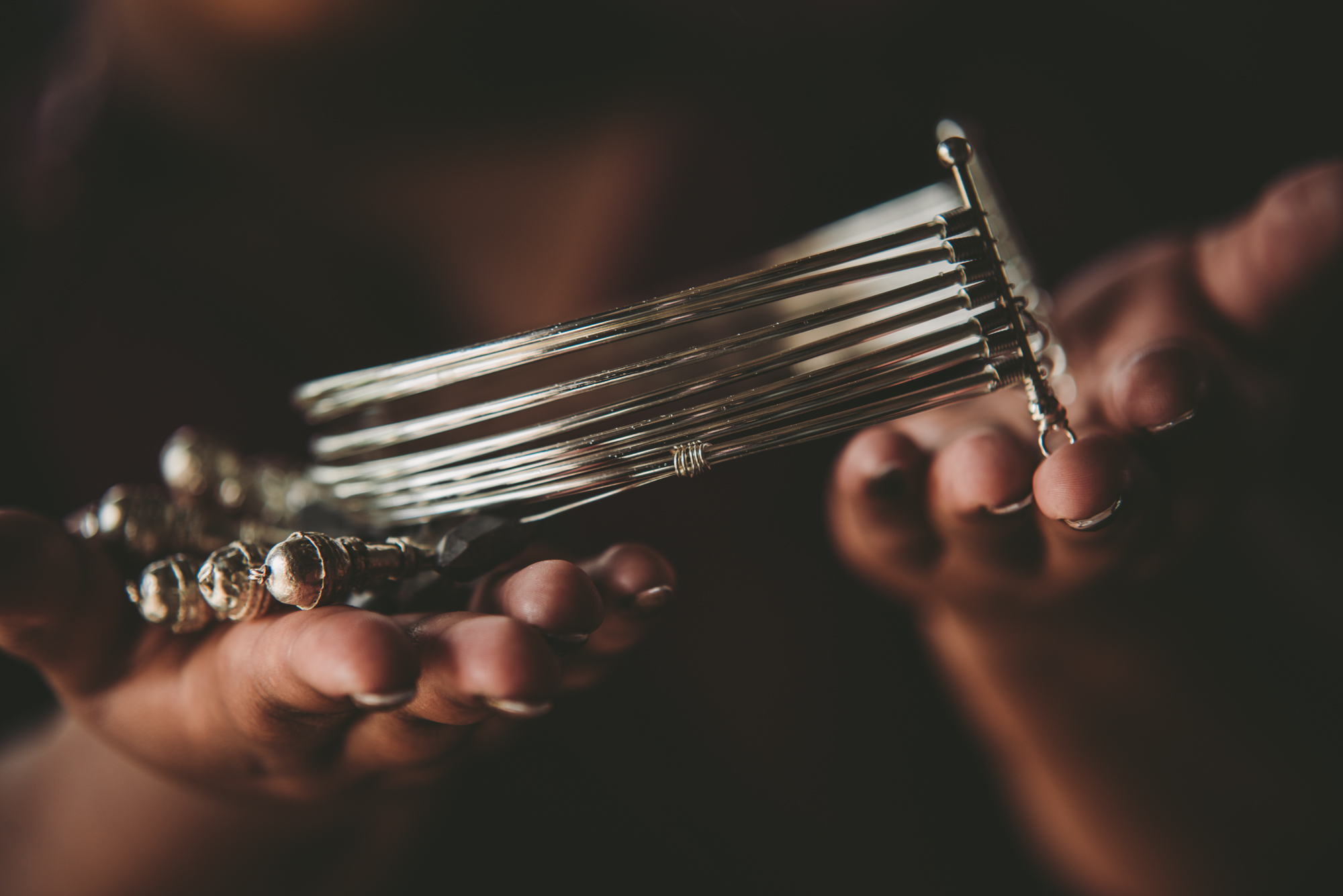 The Vibranium Necklace was a one-and-only and is now sold out, but explore more of my makes on Etsy if you like.

See more of Asia Marin’s modeling, she’s amazing! Asia has also launched her own line of unique garments designed with full-figured women as her primary focus: Water Goddess LLC. Gear for the adventurous woman.
Follow her on Insta @h20.gds 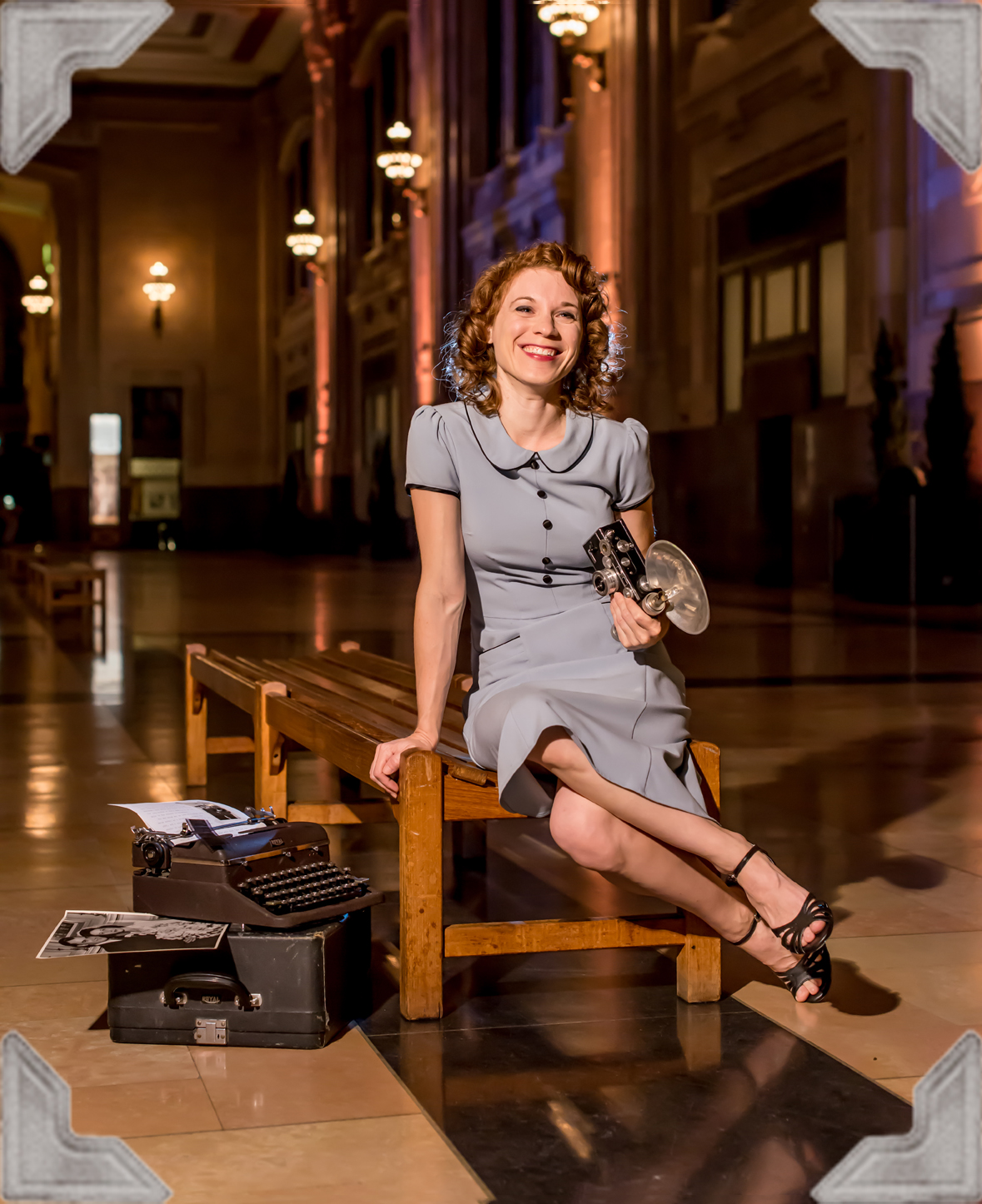